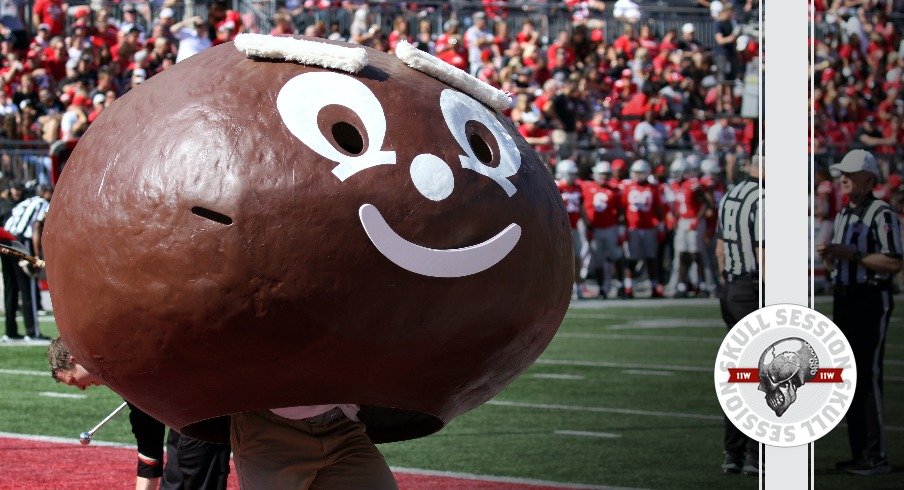 It’s time for Toledo to get dumped.

I’ll be honest. It’s Week 3, and I don’t know where the phrase “Get dumped then, [insert school]” came from. Apparently, it originated with DJ Byrnes and then was picked up by Kevin Harrish. Once I stepped into the Skull Session writer role, I only continued the title because people seemed to be fond of it.

All the longtime Eleven Warriors readers need to tell me what it means and why it’s important for another football program to be dumped by the Buckeyes. That’s not to say any change is coming – it will always remain a foundational part of the title – but I wish to know the origin.

As for this game on Saturday, Ohio State and Toledo will be entertaining to watch. I am higher on the Rockets than most, and I think Jason Candle will have his team ready to face the Buckeyes. I’m not putting Ryan Day and company on upset watch, but I believe Ohio State will need to be firing on all cylinders if it wants to cover the spread.

Don’t be surprised if Toledo hangs around for the first half and keeps things close. However, I expect the outcome to be similar to the game last week where Ohio State came out hot and heavy after the break and put Butch Jones the Red Wolves in a coffin. Day has been stellar at second-half adjustments during his tenure, and I don’t expect that to change this week.

Give me the Buckeyes to win this one, 45-17, behind strong performances from the usual suspects; C.J. Stroud, TreVeyon Henderson, Mike Hall and Tommy Eichenberg. Heck, maybe add an interception from the secondary or a strip-sack from the defensive line. It’s time for Ohio State to assert its dominance and remind Ohioans why it’s the alpha dog in the Buckeye state.

TODAY’S MENU. There are some good college football games on the broadcast schedule this weekend. I’ve bolded the ones I am most interested in, but feel free to look at the entire menu to see the best options available.

BACK TO THE BUCKEYES. Ohio State is undefeated (49-0-1, with a tie to Wooster in 1924) in its last 50 games against in-state opponents. The last loss? When Oberlin took down the Buckeyes, 7-6, in 1921. Prior to that matchup, Ohio State had outscored Oberlin, 211-0, in the previous three matchups.

It was an upset at the time, and it would be an upset on Saturday or likely at any point in the future if Toledo or another in-state opponent defeated Ohio State. It doesn’t happen. Like, ever. The Buckeyes are the No. 1 college football program in Ohio, and it’s not close.

I know I mentioned above that Toledo has the talent and coaching to hang around with Ohio State for a while, but at the end of the day, the Buckeyes are the better team, and they have a proven track record of dominating the smaller programs in the state. It’s time for them to turn that 50 into 51 sometime after 10 p.m. tonight.

MY PICKS. If for some reason you decided to place real money based on my college football money line predictions, I apologize. Right now, you would probably be in the hole. But that’s why there’s another week for me to help break even and possibly even make a profit. Live a little, am I right?! 2022 RECORD: 2-4

THE ROCKETS DOSSIER. We had a full week of coverage leading up to Ohio State’s matchup with Toledo. Here is everything you need to know before the Buckeyes and Rockets face each other on Saturday night:

SONG OF THE DAY. “Rocket Man” by Elton John.

CUT TO THE CHASE. A new space race? The U.S. is trying to be the first to return to the moon… Amazon’s Thursday Night Football broadcast had a few problems… Broadway’s “The Phantom of the Opera” will close next year… Is eating a big breakfast really that important?… A Utah community came together to build the world’s largest blanket.